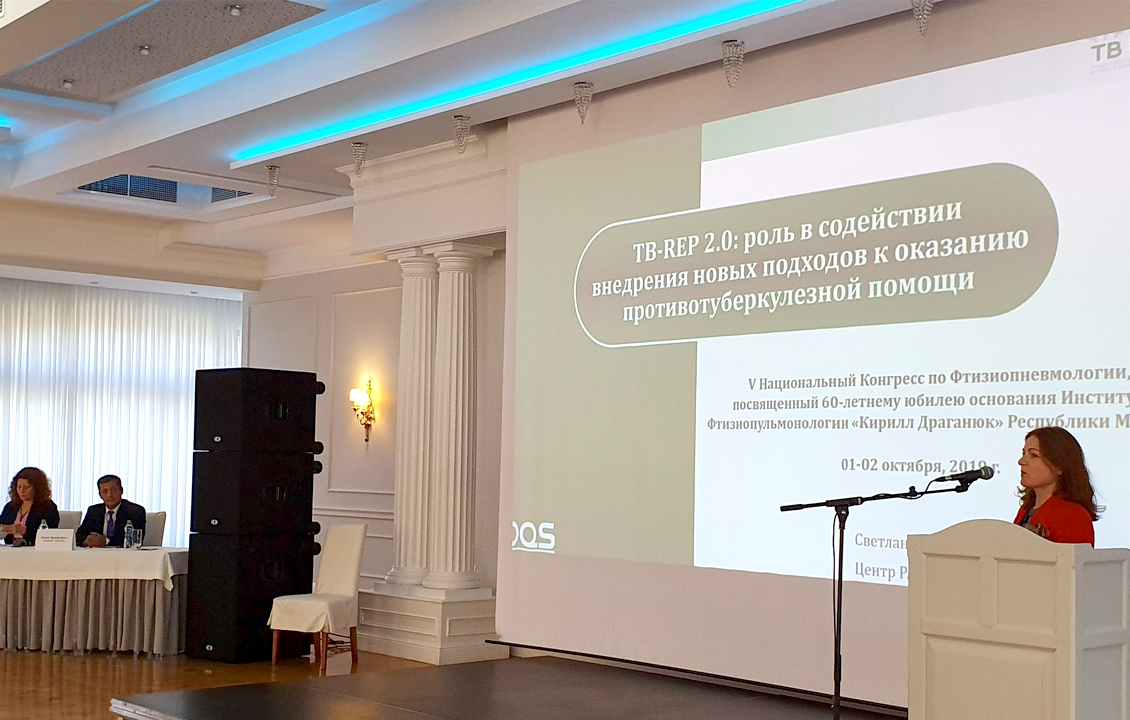 The 5th National Congress of Phthisiopulmonologists with the participation of foreign experts in this field was held in Chisinau within the first two days of October and was dedicated to the 60th anniversary of C. Draganiuc Phthisiopulmonology Institute. More than 100 doctors from Moldova and 10 other countries of the Eastern Europe and Central Asia were invited to discuss the “Novelties in the Etiology, Pathogenesis, Prevention, Diagnosis and Treatment of Tuberculosis and Non-specific Lung Diseases” - so was the topic of the congress worded. One of the sessions at the forum was the satellite session “Innovations in the Promotion of People-Centred TB Care: the Experience of the Regional Project TB-REP” held with the support of this project.

The session was opened by the presentation delivered by the PAS Center, the principal recipient of the project. The project coordinator S. Nicolaescu described in detail the goals and objectives of the project being implemented in 11 countries of EECA region, its participants and partners, described its features related to the main idea of the project - to create integrated people-centred systems of TB care with active participation of civil society and TB affected communities. Due to it, the main focus of the project consists in the transformation of health care systems. Implementation of the people-centered model; strengthening the regulatory framework to ensure access to modern methods for DR-TB diagnostics, drugs and treatment regimens and ensuring sustainability in the transition period; advocacy, tools and evidence for removing barriers to access and civil society involvement in provision of people-centered TB and DR-TB care - this is not an exhaustive list of goals that project participants should achieve during its implementation. Significant changes were achieved within the first three years of the project implementation (2016-2018): tuberculosis became the subject of a multisectoral political dialogue at the regional level; the participation of civil society in the fight against tuberculosis at the national level became more active; regional agents of change and progressive professionals have emerged. Documents on the integration of a person-centered model of TB care have been adopted in all participating countries. Action plans or roadmaps were adopted where it was necessary. There have been taken measures to reduce excessive bed capacity and redirect funds for providing outpatient treatment of the disease.

The speakers prof. A. Kadyrova, the director of the Scientific Research Institute of Pulmonary Diseases (Azerbaijan), D. Vetushko, head of the MDR-TB department of the Republican Scientific and Practical Centre for Pulmonology and Tuberculosis (Belarus), V. Vilc, coordinator of the National Tuberculosis Control Program (Moldova) and O. Bobokhodzhaev, professor of the Tajik State Medical University, shared with the participants of the session information on innovations in the field of tuberculosis control in their countries, noting the positive impact of documents adopted in countries in connection with participation in the TB-REP project; talked about the problems of implementing tuberculosis control programs during the transition from financing with the support of the Global Fund to domestic resources and expressed confidence that political commitment and sustainable financing of TB care, made possible by global efforts, including the implementation of TB-REP project, will allow countries of EECA region to achieve the goals set out in the „End TB Strategy“.

From the discussions during the satellite session:

Valentina Vilc – “With TB-REP support Moldova has boosted the implementation of people-centred model of TB care and sustained political commitment was translated into increased funding allocation to outpatient services and patient incentives from CNAM in parallel with a gradual reduction of excess bed capacity to improvement of clinical outcomes.”

Oktam Bobokhojaev - “From ancient times it is know that the most difficult and challenging times for a nation, is a period when changes are done. What we live now, it is a period of changes, with all the challenges we have in TB control, especially with the transition from donors to national funding for TB related activities. TB-REP project had a catalyzing role in facilitating the discussions between national stakeholders - Government, NTP, Parliament, civil society and affected communities – to identify the key priorities in moving to people-centered model of care and efficient re-allocation of funds.” 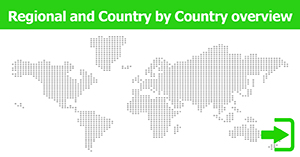 In 2018, PAS Center together with implementing partners have designed a new regional project (TB-REP 2.0) to advance towards people-centered approaches ensuring provision of quality TB and DR-TB care and prevention in EECA region, based on previous experience and lessons learned from the implementation of the regional TB-REP program designed to contribute to strengthening health systems’ responses to TB in the longer term. The overall goal of TB-REP 2.0 is to foster timely TB case detection and improved treatment outcomes in patients with special emphasis on drug-resistant TB, in eleven EECA countries through meaningful involvement of communities and civil society and integrated people-centered TB care delivery systems able to address the needs of key and vulnerable populations. The program incorporates the full spectrum of DR-TB prevention and care issues, targeting both health and sustainable community systems for improved quality and strengthened people-centered approaches in TB care delivery.